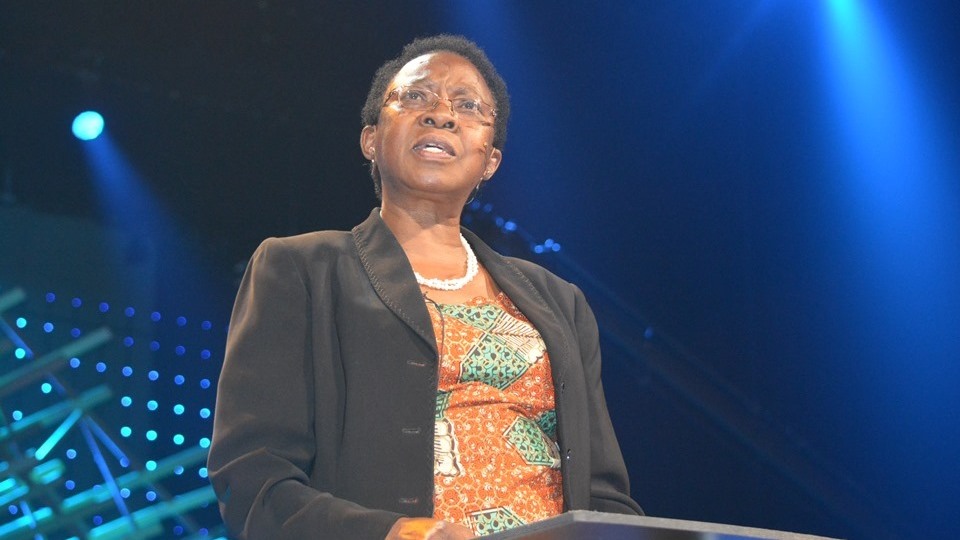 Soon after her opening address as well as Distinguished Scholar Lecture at the Christian Association for Psychological Studies (CAPS) conference in Chicago, Dr. Mwiti along travelled to Belhaven University in Jackson, Mississippi to speak for a few days. The University is a private Christian liberal arts institution, founded by Lewis Fitzhugh and later donated to the Presbyterian Church in the United States.

The university teaches from a Christian worldview curriculum and defines its mission as preparing “students academically and spiritually to serve Jesus Christ in their careers, in human relationships, and in the world of ideas.

Belhaven’s In January 1996, Doctor Roger Parrott became the tenth president of the college, with about 1,300 enrolled students. Under his leadership, Belhaven has added seven major buildings, a variety of new undergraduate academic majors and graduate programs, intercollegiate football, campuses in Memphis, Orlando, Houston, Chattanooga, and Atlanta.

Dr. Smith, a licensed psychologist, has been teaching and consulting internationally in the area of mental health and Christian counseling for the past eighteen years. He is the former Director of Strategic Innovation for the Mission Advanced Research and Communication Center of World Vision International. He currently serves as the Senior Associate for Care and Counsel for the Lausanne movement with Dr. Gladys Mwiti, his Co-Associate.

Brad served as the first Cross-cultural and International Track Leader for the Christian Association of Psychological Studies (CAPS) and is a frequent speaker on global mental health for the American Association of Christian Counseling (AACC).

Together with Dr. Fred Gingrich, he co-edited the Journal of Psychology and Christianity: Special Issue on Psychology in the Global Context.  Also with Fred Gingrich, he is currently writing a book entitled Global Mental Health: Expanding the Transforming Mission of the Church for InterVarsity Press.

In 2014, Belhaven University President Roger Parrott invited Brad to become the founding director of the Institute for International Care and Counsel (ICC) providing a stronger home base to carry on the work of CCI. ICC was launched in January of 2015. Dr. Roger Parrott, one of the longest serving Christian college presidents and an innovator in Christian mission since the 1980s identified mental health as a new, urgent priority for the global Church. In founding the Institute, he said, “We as the global Church need to revolutionize the way we engage with mental health just as we have with other pressing issues like physical disabilities.”

Dr. Brad Smith hosted Dr. Gladys Mwiti at Belhaven University under the auspices of ICC. On April 3, she spoke to an audience that brought together mental health workers from the city of Jackson as well as others from the university. Dr. Mwiti shared on the community trauma intervention model used by Oasis Africa in Rwanda post the 1994 genocide and the Nairobi USA bombing of 1998. She also shared on various trauma intervention programs she has initiated and coordinated as Chair of the Kenya Psychological Association. Among these was the Westgate Mall terror attack in Nairobi and coordinating the training of over 400 psychologists and counselors as well as managing the massive intervention and therapist supervision that reached over 2,500 survivors of the terror attack. Dr. Mwiti discussed the use of culturally-contextualized Psychological First Aid (PFA) and Skills for Psychological Recovery (SPR). The multilevel multidisciplinary PFA leads into more specialized services identifying individuals who may develop more complicated trauma symptoms several weeks post disaster.

On April 4, Dr. Mwiti spoke at the two student chapel services, reminding the students that each of them was born with a God-given purpose and following that plan would bring life meaning and satisfaction.

GET IN TOUCH WITH US